Bairstow and Moeen miss out on England squad for Windies Test 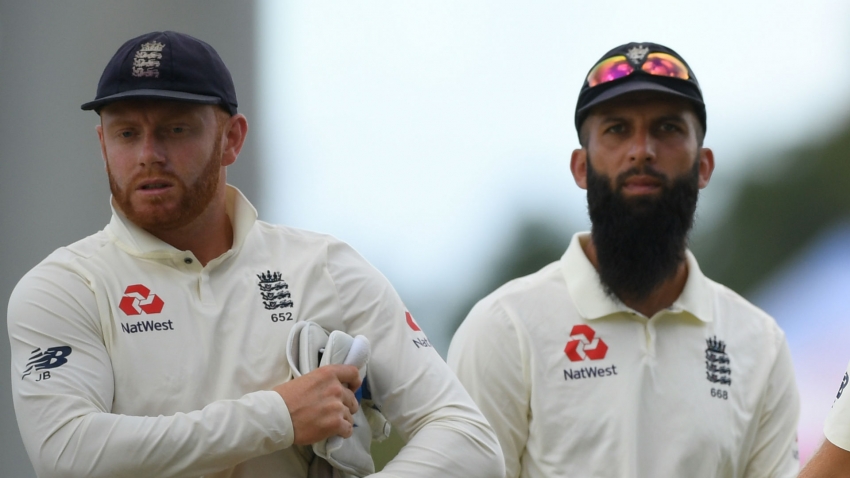 England have opted not to recall Jonny Bairstow and Moeen Ali for their first Test against West Indies, but Dom Bess does make the 13-man squad.

Test cricket returns on Wednesday when England meet the Windies behind closed doors in Southampton in the opening Test of a three-match series.

Ben Stokes will captain the side for the first time as regular skipper Joe Root has left the team bubble to attend the birth of his second child.

Sam Curran, who has been battling illness, is the only other player to miss out from the XI that faced South Africa in Johannesburg in England's last Test in January.

The squad for the West Indies Test also includes Rory Burns, James Anderson and Jofra Archer - who were missing at the Wanderers due to injury - and spinner Bess, who played earlier in the South Africa series.

There is no recall for either Bairstow or Moeen, neither of whom are included on the nine-man reserve list, which does feature Curran.

Bairstow has not played since scoring a combined 10 across two innings against South Africa in the first Test of that series last December.

All-rounder Moeen has not featured in the five-day game since the 2019 Ashes having opted out of England's three tours since, though he was named in the 30-man squad that has been training in preparation for the Windies series.

Uncapped pair James Bracey and Dan Lawrence - both of whom scored half-centuries in the intra-squad match this week - are on the reserve list too along with bowling options Jack Leach, Saqib Mahmood and Ollie Robinson.