Mar 03 Posted by Kwaku in News 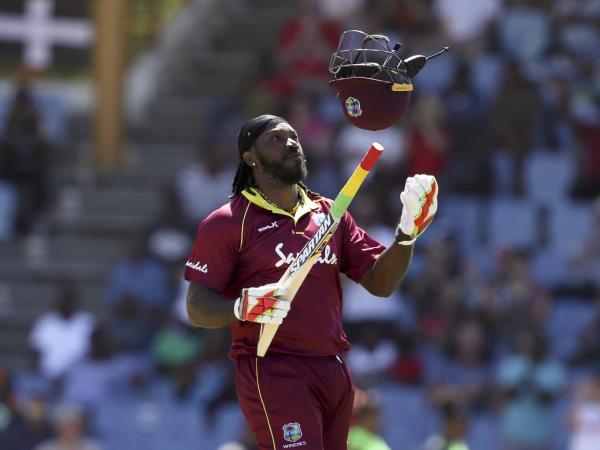 West Indies explosive batsman Chris Gayle on Saturday created another world record as he single-handedly demolished the England bowling attack to hand West Indies a comfortable 7-wicket win in the 5th ODI in St Lucia. With the win hosts Windies tied the series 2-2 after the third ODI was abandoned due to rain.

Gayle, who has been in sensational form throughout the series, continued his magnificent run with the willow in the final 5th ODI. Chasing a paltry target of 114 runs, he slammed a quickfire 77 off just 27 deliveries. His breathtaking knock was laced with nine boundaries and five sixes as he made a mockery of the English bowling attack.

With his nine sixes on Saturday, Gayle created a new world record for most sixes in an ODI series by any batsman in the world. He smashed a total of 39 sixes against England in the ODI series and bettered his own record of 26 hit in the 2015 World Cup. The next to follow in the list is India's Rohit Sharma, who slammed 23 sixes in ODI series against Australia in 2013/14.

Gayle went all guns blazing right from the first ball he faced in the game as he took Windies off to a flyer. Opener John Campbell was dismissed cheaply on 1 after the duo posted a 40-run stand for the opening wicket. However, there was no stopping the Gayle storm as he continued to tonk the English bowlers all around the park. Gayle added another 53 runs with Shai Hope (13) before being dismissed by Mark Wood on 77.

Windies wrapped-up the chase in just 12.1 overs after Gayle's sensational knock. Earlier, Oshane Thomas was the chief destructor with the ball as he picked up a five-wicket haul with the hosts bundling out Eoin Morgan & Co on a dismal 113. Thomas finished with figures of 5/21 in 5.1 overs while Jason Holder and Carlos Brathwaite picked up two wickets each.