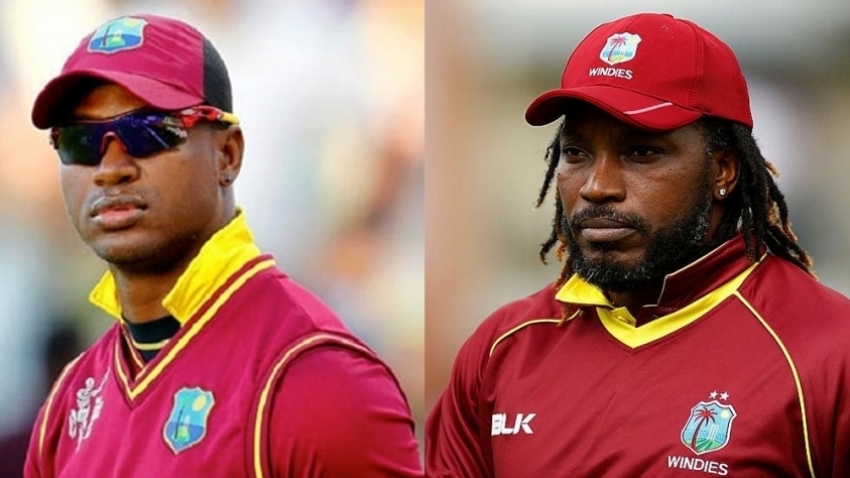 It seems with Windies veterans Chris Gayle and Marlon Samuels unable to speak as effectively with runs from their bats these days, most of the running has come from their mouths via vicious attacks on former teammates. Surely, gentlemen, you can do much better.

Based on all that you have accomplished, is any issue that significant to warrant injury to what is likely to be your most significant role at this point, that of a mentor to a new generation of hopeful future West Indies stars?

In many sports, the position of the ageing superstar is worthy of reverence. A sporting icon who has won the titles and broken the records then stands up as a guide and inspiration for the new generation. Often, once a maverick himself, the rash impetuousness of youth blossoms into a much broader understanding of the greater importance of the sport and their place in it.  In setting this example, the late great Kobe Bryant comes to mind. Bryant was himself mentored by another great, for many, the game’s greatest ever, Michael Jordan.

Closer home, I recently listened to an interview with another great, legendary West Indies spinner Lance Gibbs, who spoke about the importance, having positive examples played in his development as a cricketer. I’ll go one better, both Gayle and Samuels have spoken of the importance of being examples. It is interesting that in the same video where Samuels speaks of being a mentor to younger cricketers, Jason Holder and Carlos Brathwaite, a current and former West Indies captain, he launched his unabashed broadside.

Surely, winning multiple world titles and successes on the pitch most will only ever dream of, combined with significant economic remuneration, should be enough to prevent one from joining needles squabbles regarding team selection at the twilight of one’s career. If not, then what will?

What type of positive could up and coming players possibly take from the savage disparagement of a current West Indies captain, or a former teammate? In addition, the public nature of these disagreements not only shows a general lack of regard for the person criticised but seems to suggest a lack of regard for the sport itself.

These raw unfiltered responses would draw swift rebuke were they to be uttered by a 20-year-old perhaps yet to imbibe the wisdom of thinking before he speaks.

It’s truly shocking that that sort of behaviour comes from accomplished veterans. With all their talent and ability, it seems that an important trait for achieving true maturity seems to be missing from some of our senior regional players.  What on earth could be the matter?

At the very least you would hope that players who have spent most of their lives developing and contributing to a sport would realize its value and be warier of bringing it into disrepute.

The game has, of course, been around long before the current generation and we should all hope will be around for many generations after. Why not accord it the respect it deserves as you fade gracefully to memory.

This type of all-encompassing perspective seems to, sadly, not exist for two of the region’s most idolized players.

Who has the best hand-eye coordination in cricket, Sachin or Rohit?

Are Bowlers Getting Shadowed by the Batsman in Cricket These Days?