Nov 19 Posted by Kwaku in News 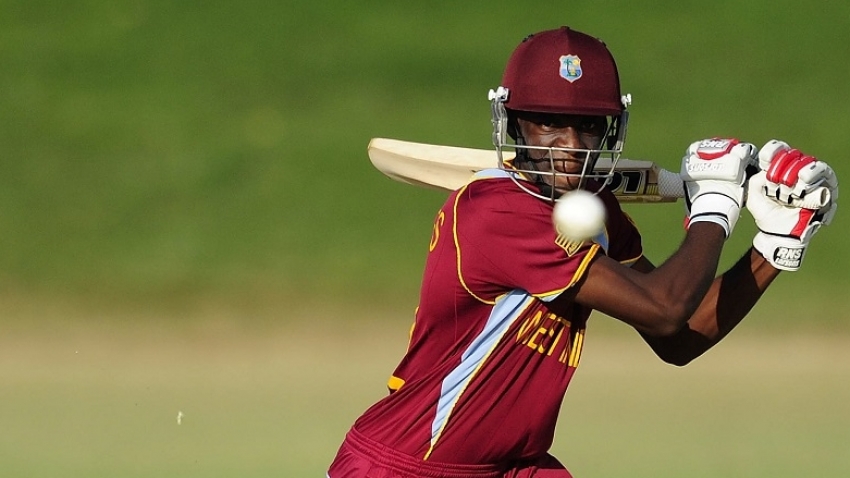 Justin Greaves was scoring his third half century of the tournament.

A third half-century of the tournament from Barbados all-rounder Justin Greaves (53) and a solid death-overs bowling effort from Jamaican medium-pacer Jermaine Levy (3 for 40), were the cornerstones behind the West Indies Emerging players one-run win over Guyana Jaguars at the Queens Park Oval.

Greaves’ 62-balls knock of four fours and a six, shared in an 89-run, third-wicket stand with Joshua DaSilva (39). However, when they perished in the space of two overs, the Emerging players slumped from 101-2 to 135-7.

Cameos from Dominic Drakes (18) with two sixes (the son of former West Indies player Vasbert Drakes) and Camarie Boyce (18) with three sixes, propelled them to 167-8 from 30 overs in the shortened affair.

With Guyana needing 168 to victory, Keon Harding, who has a tournament-leading 15 wickets this season, struck in the first over to trigger a batting slump that saw them slump to 88 for six in the 20th over.

Jonathan Foo scored his maiden List A fifty (67) while featuring in a record stand for the seventh wicket with Jamaican Ramaal Lewis (40) began to fight back.

Their record broke the previous Guyana national record of 82 made by Derek Kallicharran and Kamal Singh against Jamaica in 1983.

However, when Foo who was threatening to produce his most significant got out in the final over, it ended his side’s chances of pulling off the win.

Coach Floyd Reifer was elated at the win.

“Congratulations to the guys, they are playing some good cricket.  Once again,  Greaves and (Joshua) Da Silva batted pretty well rotating the strike which is something we are stressing, even at practice session where we do a lot of drills regarding to rotation of strike,” said the coach who was also impressed as to how well the team maintained their composure down the stretch.

“It’s a good feeling. Normally in West Indies teams, when pressure comes we tend to lean on the individual (performances), but what is good about these guys is that they are sticking together under pressure. Partnerships happen in cricket. It is what you do as a fielding unit in those moments. You can see the conversations are happening on the field, if plan A doesn’t work, they resort to B or C.”