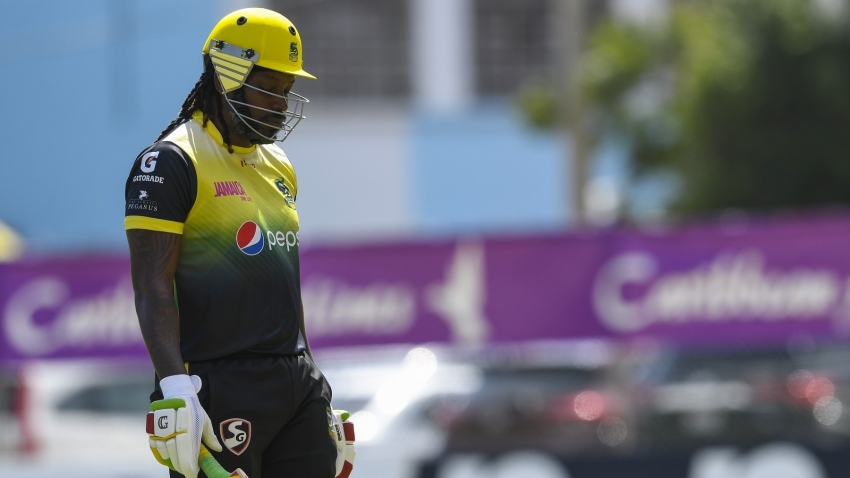 The Tallawahs management this week rejected Chris Gayle’s attack on them over his exit from the CPL franchise but the Jamaica-based entity is doomed to failure if the fans don’t buy their story.

Gayle labelled Assistant Coach Ramnaresh Sarwan a "snake", "vindictive" and "despicable" as he ripped into retired Guyana and West Indies batsman and the “politics” he said triggered his departure from the Tallawahs.

On the ropes after Gayle’s verbal blows, the Tallawahs issued a terse press release that was too tame to be taken seriously, then stiff jabs by Andre Russell and Sarwan’s Gayle rebuttal 24 hours later hurled the issue into more confusion.

The Tallawahs top brass says omitting Gayle from the Tallawahs 2020 CPL roster was made purely on business and cricketing reasoning but the “business” reasoning seems seriously flawed.

Sabina Park attendance is critical to the franchise’s commercial success and we’ve already seen how unattractive a Gayle-less Tallawahs is to Jamaican fans. Not to mention the possibility of a calculated match boycott in solidarity over any perceived disrespect of a local star, as we’ve seen before in Caribbean cricket.

In April 1992, Barbadians pointedly shunned the historic one-off Test at Kensington Oval against South Africa because an anticipated debut was not given to local boy Anderson Cummins, who at that time enjoyed probably a mere 5% of the immense popularity Chris Gayle commands in Jamaica.

Gayle was visibly hurt in his YouTube outburst as he lashed the Tallawahs and Sarwan.

It was, to me, an unprofessional display by a giant in modern-day cricket but the new age of communicating with fans probably made it easy for him to go that route. His rant though, not only badly tainted his ex-West Indies teammate Sarwan but also soiled Chris Gayle and cricket’s image.

The Jamaica Tallawahs were – based on Gayle’s account – hugely at fault for not communicating with him honestly that they weren’t interested in retaining him for the 2020 season and absolutely nothing in the Tallawahs’ press release refuted Gayle’s charge that CEO Jeff Miller and Owner Krish Persaud failed to inform him that he was not in their plans for the upcoming season.

Gayle, now 40 years old, felt betrayed by an organization that gave him their word and went back on it. Gayle made only a passing mention of this, but it’s also instructive that Miller chose to speak directly with Gayle instead of the standard route of going through his agent.

It is very easy for me to deduce that the Tallawahs’ request – according to Gayle – to take not one or two but three pay cuts, may have been a strategy to frustrate him away from the franchise since they were not brave enough to confront the big-hitting superstar-about releasing him from the deal.

I understood fully the Tallawahs being “disappointed” over the way Gayle went public and I agree with their position to “much rather have had these discussions in private” but that is under normal circumstances and clearly Gayle did not consider the circumstances normal. He felt he was dealing with a group that he could no longer trust.

Did this Jamaican franchise ever consider that Gayle would have needed time to pursue other options if he knew he wasn’t with them? It was on deadline day that Gayle said he was called, not by the Tallawahs, but by a CPL official who did not see his name on the list!

Because of Gayle’s monumental record as a T20 batting star and crowd puller, the St Lucia Zouks snapped him up immediately. Gayle could have been left out-of-contract for the 2020 season because of the Tallawahs’ non-communication.

I am not interested at this point in addressing Gayle’s scathing and toxic references to his “former” friend Sarwan, nor the rebuttal coming from the 39-year-old Guyanese that he had no part in “the decision or the decision-making process” in not retaining Gayle. A lot was said in the narrative from both men and at this stage, it’s one man’s word against the other. Both very wounded by actions of the other. Cricket lost in that exchange.

I became aware very early in my career as a broadcast journalist that while fans worship sporting heroes because of the unbridled joy they generate, these successful men and women on the field of play are human beings like us.

They have imperfections, character weaknesses and limitations that adoring fans will hastily gloss over in standing behind them in times of controversy.

The Jamaica Tallawahs may have been in a position regarding Gayle as some Big Bash and IPL franchises had reached, where his stocks had declined over time, so Gayle being at a crossroad in franchise T20 cricket is not new. He had not been a part of Australia’s Big Bash since 2016 and his IPL standing had been shaken ahead of the 2018 season.

Gayle’s career had been highlighted by some tremendous seasons with Virat Kohli’s Royal Challengers Bangalore, including 2012 when he topped the IPL’s batting charts with 733 runs at an awesome 61.80 average and 2013 when he averaged 59.0. But after two moderate seasons, 2016 and 2017, when he averaged a mere 22.7 and 22.2, RCB were no longer interested and he almost went unsold ahead of the 2018 IPL campaign.

As a privately owned franchise, The Jamaica Tallawahs has to make its own decisions. Under Chris Gayle’s leadership last year, the team played very poorly and finished last with eight defeats in their 10 games. He averaged a moderate 24.30 and his 243-run tally was No.2 on the Tallawahs batting list behind the New Zealander Glen Phillips (374).

By Gayle’s own admission, there was turmoil in the camp as referenced in his caustic YouTube address admitting that he “flipped” in a “very heated meeting” ahead of the last CPL game that “almost got physical”, clear signs there of a dysfunctional team setting. The scale of the clash with Gayle suggesting players were “making fun of the Universe Boss” and mocking him “in front of the younger players” could be interpreted as team damage that’s irreparable.

So, If the Jamaica Tallawahs managers believe that going forward without Gayle is a step toward rebuilding, it is their right, but it should have been done professionally, certainly more skillfully given what Gayle represents to Jamaican cricket fans.

The current world leader in T20 cricket Andre Russell has also jumped in, accusing the Tallawahs of poor communication while angrily announcing he is quitting the franchise after the upcoming season scheduled to start in August.

The CPL has been sold to the Caribbean public as an event with huge economic benefits potentially to the territories, but the truth is that team owners have been struggling over the years and the Tallawahs are heading for even tougher times.

This is not to suggest that the Tallawahs franchise cannot flourish without Gayle because he would have to go at some point, but Gayle’s absence has negatively affected CPL attendance at Sabina Park in the past and that effect would be escalated if the fan perception is that the T20 batting Phenom was disrespected by the Tallawahs owners and management.

Tweet
pinterest
Tags:
cricketwindies.com
No Gayle, no Russell, no Tallawahs
Who has the best hand-eye coordination in cricket,...

More posts from author
Tuesday, 15 September 2020 10 Guyanese Tasty Foods That Will Give Your Tongue a Tasteful Savor!
>