By Mohabir Anil Nandlall, SC MP
I READ former President David Granger’s exhaustive and exhausting New Year message. It chronicles a compendium of alleged achievements made by the Coalition Government. It proffered explanations, nay justifications, for the rapacious violations of the constitution, the unprecedented abrogation of the rule of law and the relentless attempts to alter the results of the 2020 elections in order to steal government, committed by him and his Coalition Government.
I was very much present in Guyana during the five-year coalition rule. I was involved at every level in the social, political and economic tribulations which occurred in Guyana. To me, Mr. Granger’s speech read like a fairy-tale from a far-off land. If the accomplishments boastfully expressed, did actually take place, no doubt Mr. Granger would have been the President today. The proof of the pudding lies in the eating. Mr. Granger is not the President. The electorate voted solidly against him and his Coalition Government. That reality collides violently with the factual foundation of his discourse, rendering same as hollow, as it was illusory. Such unhinged maundering must never be left on the public record without an appropriate rejoinder. 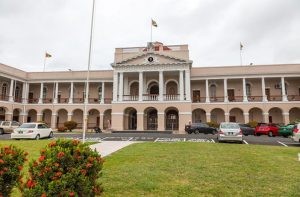 From beginning to end, Mr. Granger insults the collective intelligence of everyone familiar with realities of life in Guyana between 2015-2020. The audacity and arrogance are unnerving, but remain a stark reminder of how distanced he was and still is from the majority of the population. Indeed, it was a cerebral feature that characterised his presidency. Nowhere in the democratic world would a political Head of State be returned to government by the electorate, who failed to host a dedicated engagement with his nation’s press corps for over three years. Such hubris remains the antithesis of democracy.

The portion of the speech dedicated to the prelude to the March 2, 2020, General and Regional Elections, and its aftermath, is perhaps the most nauseating. Mr. Granger perseveres to paint a narrative radically different from that which was seen and experienced by Guyana and the world, and for which Mr. Granger and his rigging cabal were condemned and reprimanded by every local stakeholder organisation, the entire diplomatic community, every major international organisation in the Caribbean and the Americas, as well as 100 governments across the globe. This unsophisticated stunt is reason enough for Mr. Granger and the Coalition Government never to come close to the reins of power in the foreseeable future.

He argues that the delay in holding the elections after the passage of the No Confidence Motion of the 21st of December, 2018 “was due to the Elections Commission unpreparedness.” He could not have forgotten that the very Elections Commission, on December 27, 2018, announced its readiness to hold those elections. Mr. Granger believes that Guyanese are so ignorant that they did not recognise that it was the chairman, that he installed unconstitutionally, who was executing his master’s diktat as the commission’s claim of lack of preparedness. Indeed, had the Caribbean Court of Justice not declared that chairman to have been illegally appointed, Mr. Granger may have succeeded in his fraudulent design.

Mr. Granger spends nearly a page and a half, detailing the litigation instituted after those elections. He conveys the impression that there were obstructionists to the democratic process. He omitted to reveal that it was those litigations that protected the will of the electorate and saved democracy. He writes not a single word about Clairmont Mingo’s vulgar attempts to use a fraudulent spreadsheet, instead of Statement of Polls, to tabulate the results of Region Four, as required by law. He neglects to inform readers that it was this fraudulent act perpetrated by Mingo in the presence of party officials, electoral observers, and the diplomatic community, which triggered the first court proceedings.

Neither did he disclose that despite orders made by the Chief Justice, Mingo completed a fraudulent tabulation of the results, which gave Granger electoral victory. He excised from his narrative that he agreed to a national recount, but then vehemently attempted to repudiate that agreement; and even when the recount came and was observed by a CARICOM team, whom he described as the most “legitimate interlocutors” and who upheld its accuracy, legitimacy and credibility, he assailed that team’s report and disavowed the recount results.

Mr. Granger also refused to write about the powers which the chief elections officer (CEO) unlawfully arrogated onto himself to prepare a report, not of the ballots cast by the electorate, but ballots which he, the CEO, determined to be valid. This latter travesty led to even more litigation. The Caribbean Court of Justice was forced to admonish the CEO and to remind him that he is not a “lone ranger,” but a subordinate officer of the commission, subject and subservient to the commission’s authority and directions.

Mr. Granger describes this horrendous period between March 2nd and August 2nd “as necessary to ensure the functioning of the constitution… We believe that the measures we took fortified democracy…” Alas, these words can only emanate from a delusional mind cushioned in its own authoritarian cocoon. Fortunately, the world saw and experienced a different reality. It is for this simple reason, without more, that Mr. Granger is where he is today, and where he and those of his ilk should remain, for a long time in the future – out of government.