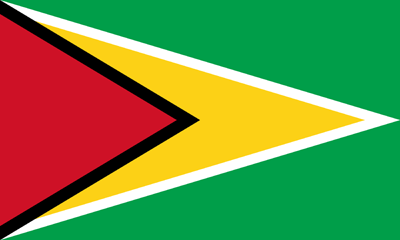 With preparations now underway to facilitate the visit here later this week by the United States’ Secretary of State Michael Pompeo, there has been a brisk burst of chatter in some quarters over the significance of his coming here and just what the key issues on the agenda for the visit might be. The practice of diplomacy, particularly as it relates to high-level visits, tends to be informed, on the whole by far more form than substance, the truth of the matter being that the vast majority of the work associated with such visits and their outcomes, usually take place long before the visitors arrive. What are usually ‘trotted out’ as outcomes of these kinds of visits are frequently agreed upon among the experts in the particular aspects of foreign policy, frequently, long before hand. The public announcements and the attendant fanfare are left to the leading personages on the two sides. There is no reason to believe that it will be any different with the Mike Pompeo visit.

To suggest that the US Secretary of State is making the trip here purely to congratulate the new Irfaan Ali administration for having ‘come through’ the five-month imbroglio to take office would be, to say the least, fanciful.  An appropriately worded note to the new Guyanese President under the pen – or at least under the name – of the US Secretary of State would have sufficed there.

What is perhaps more significant about the burst of high-level chatter here regarding the Pompeo visit is that those institutions that might have been expected to be able to enlighten us, Takuba Lodge and the US Embassy, chiefly,   last week went into a near ‘deep cover,’ on the matter, declining to disclose even a scrap of pertinent detail, even though any foreign policy student would know that by now functionaries in those agencies would be aware of at least the broad outlines around which the discourses with Mr. Pompeo are likely to revolve. Those, for the time being, at least, would have been sufficient for the media.

As has already been mentioned it is commonplace for draft notes, even draft final communiques to materialize long prior to the substantive ‘discussions’ themselves. Once the draft communiques are agreed on both sides, the deed is more-or-less done, matters of tone and language having been surrendered to the expertise of the diplomats. Those functionaries and institutions (like the Ministry of Foreign Affairs and the US Embassy) that have proffered a feigned cluelessness about just why Mr. Pompeo is coming here are (to use a common English expression) ‘having us on.’ They know.’

Truth be told, the Pompeo visit almost certainly has less to do with relations between Washington and Georgetown, per se, and more to do with hemispheric relations and the respective roles of the US and Guyana therein. Put differently, the US Secretary of State is coming here hopefully to oversee the tying up of ‘loose ends’ in relation to what informed analysts are persuaded could be a push for a likely ‘final showdown’ with the Maduro administration in neighbouring Venezuela.

For sure, the issue of the ‘historic ties between Guyana and the US” (or words to that effect) are likely to appear in the post-visit Communique. There might also be some reference to the “common commitment” of the political administrations to democracy. Those sentiments, however, are not usually among the primary reasons why the US dispatches its Secretary of State to countries that do not, as a matter of course, feature prominently on its foreign policy radar.

This, indeed, is what makes the report in the last Sunday Stabroek (`Gov’t urged to disclose Venezuela position ahead of US Secretary of State’s visit’) by far the most enlightening comment on the Pompeo visit here up until now. It draws attention, in a manner that officialdom has declined to do, to the ‘bottom line’ of Mr. Pompeo’s visit. This, after all, is the season of foreign policy in-gathering for the Trump administration insofar as his November re-election bid is concerned and there is no doubt that Venezuela is high on Trump’s re-election foreign policy agenda is concerned.

What Washington has evidently decidedly is that the ‘taking down’ of Maduro (or at least further reducing his viability) is, in global terms, one of its key objectives, ahead of the November poll. That is much the likelier reason for Mr. Pompeo’s visit here…an attempt at cohesive marshalling of the hemispheric ‘troops.’

The complexities of Guyana/Venezuela relations, not least, the delicate foreign policy high-wire act that Guyana continues to perform in terms of its relations with its neighbour to the west, is a matter of sufficient public knowledge to have given rise to insistence on the importance of the incumbent political administration ‘fleshing out’ what it might wish to say to Pompeo once he gets here. While the US Secretary of State will doubtless be clear in his own mind as to what he expects from this visit, Guyana cannot afford to be unmindful of the fact that what informs foreign policy decision-making more than anything else, is a country’s stability, security and long-term vital interests.

The Pompeo visit here and its outcomes will amount to an interesting (and stern) test of the new administration’s recognition or otherwise of what its foreign policy priorities are. The outcomes of the visit should be a most interesting marker for the future of relations with both Venezuela and the United States. This, by far, is the essence of Mike Pompeo’s visit here later this week.

GUYANA POLITICS: Why I do not write articles on Gu...
10 Guyanese Tasty Foods That Will Give Your Tongue...