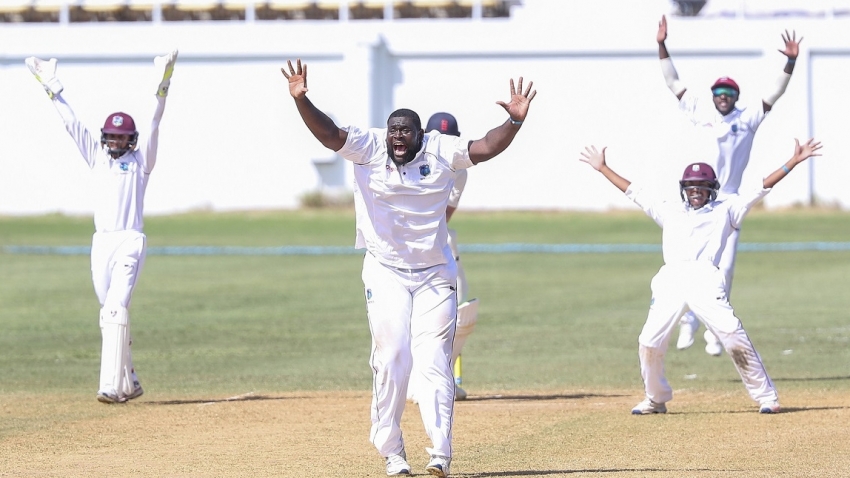 Lance Gibbs is not impressed with the current crop of spin bowlers in the Caribbean.

While speaking on Mason and Guest in Barbados on Tuesday, Gibbs expressed his disappointment at the spin bowlers currently playing in the Caribbean and was particularly critical of the much-heralded Rahkeem Cornwall.

Apparently, the 85-year-old former West Indies off-break bowler knows a bit about spin bowling. Between 1958 and 1976, Gibbs played 79 Tests for the West Indies taking 309 wickets at an average of 29.09 and enjoyed an economy rate of under two runs an over.

He was the first spinner in Test history to take 300 wickets and the second bowler behind England’s Fred Truman to do so.

His best performances came in the 1961/62 home series against India.

Over the course of five Tests, he picked up 24 wickets at just 20.41 apiece. Additionally, in one of the game's greatest spells of bowling at Bridgetown, he single-handedly reduced India from 149 for 2 to 187 all out. In 15.3 overs, Gibbs took eight wickets for just six runs to finish with figures of 8 for 38, his best Test-match haul.

Asked if he has seen any off-break bowlers in recent times who have caught his eye, Gibbs responded with an emphatic, “No!”

“They’re not spinning the ball,” he said.

Asked his thoughts on Cornwall, who has taken 13 wickets in the two Tests and 303 First-ClassWi wickets in 62 matches, Gibbs was critical of the player’s technique. “How can you take two steps and bowl? Where is your rhythm, where is that rhythm?” he asked.

Gibbs, who stood at over six feet in height, also revealed the secret of his success while playing cricket back in his heyday even while playing in a team characterized by its fast-bowling talent.

“I started as a leg spinner and I couldn’t bowl a googly,” he revealed. “I realized that with my height and with my high arm-action I am going to get bounce off any wicket in the world and if you’re getting bounce it is difficult to really hit you in the meat of the bat. It hits more higher up, and therefore you get catches all around.”

After he retired, Gibbs returned to manage the West Indies team in 1991 during their tour of England.

More posts from author
Friday, 04 December 2020 Guyana has to move quickly to show it’s ready for `immense’ oil transition – US Ambassador
Monday, 26 October 2020 The constitution has always been pellucid that dual citizens are proscribed from sitting in the House.
Thursday, 01 October 2020 America came out ahead; Guyana fell farther behind

The concept of 'true' fans keep coming up on this page

Windies pay back US$3m to ECB

Who is Joshua Da Silva and is he a future West Indies opener?

Jofra Archer dropped by England after breach of biosecurity protocols